Did you know that the first ever modern university in Europe was founded in Bologna in 1088 and has managed to train some of the world’s brightest minds since then. Italy is definitely one of the most charming countries in all of Europe; with its culture, history, art, fashion and local cuisine who wouldn’t be happy? Some of Italy’s most well-known and influential people include the famous explorers Christopher Columbus and Marco Polo. From inventors a few notable ones would be Galileo, Alessandro Volta and many others. 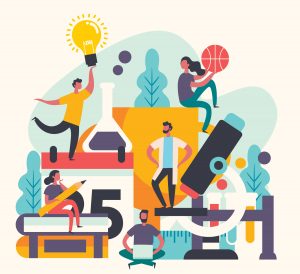 Praising Italy might be the most complicated thing in the world: where do you even start?. Do you mention a bunch of famous Italians, like da Vinci, Borgia, Versace, and Vivaldi? Or just mention the fields they revolutionized, like Architecture, Music, Engineering, and Fashion? I could just focus on the brilliant landscapes and the UNESCO World Heritage sites, or how awesome Italian people are, with their pastas, wines, and signature hand gesture, but it would be redundant.

Our experienced education counselors will work with you to find and compare institutions and courses most suited to your goals and needs.

Top Reasons to study in Italy

A fun fact is that even the origin of the word “University” is from Italy! As expected given how diverse Italy is, it also offers a range of degree programs which are very diverse and the students even have the option of remote learning which is basically studying online. 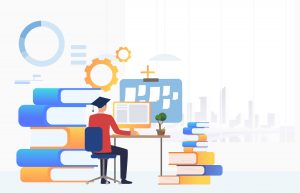 Below we will take a look at the most frequent reasons that students choose Italy as their study destination:

Italy is one of the cheapest countries in Europe but it also depends which part of Italy you will choose to live. Adding accommodation, transportation, food, and entertainment, a student expenses may come between 600 and 900 EUR / month.

You should know that some of the prices you will find in shops and restaurants are:

On average you should prepare about 600-900 EUR/month for living costs.

How to apply for a Student visa for Italy?

You can  take an appointment with an Italian Diplomatic Authority in your country (Embassy or Consulate) and then go there with the following documents:

Please Note: each Italian diplomatic representation all over the World has its own deadline to submit pre-enrollment application!

Get your formalized documents

The Italian authority should now issue the following documents:

Submission of the required documentation does not automatically guarantee visa issuance. Upon entering Italy and the Schengen Area, even if you have a visa, Border Authorities are authorized once again to check the documents required for issuance of the visa.

Advising by Appointment: If you are just getting started and need general guidance on where to begin, Fill up the assessment form and an advisor will reach out to you! While advisors are working remotely, all advising appointments will be conducted via Zoom.

Based on our former MBA applicants who applied through us; MBA in Canada offers an affordable education, with world class resources, a multicultural exposure, high ranked living standards, and most significantly, the opportunity to conveniently transition from studying to a legal working status.

Chat us in WhatsApp